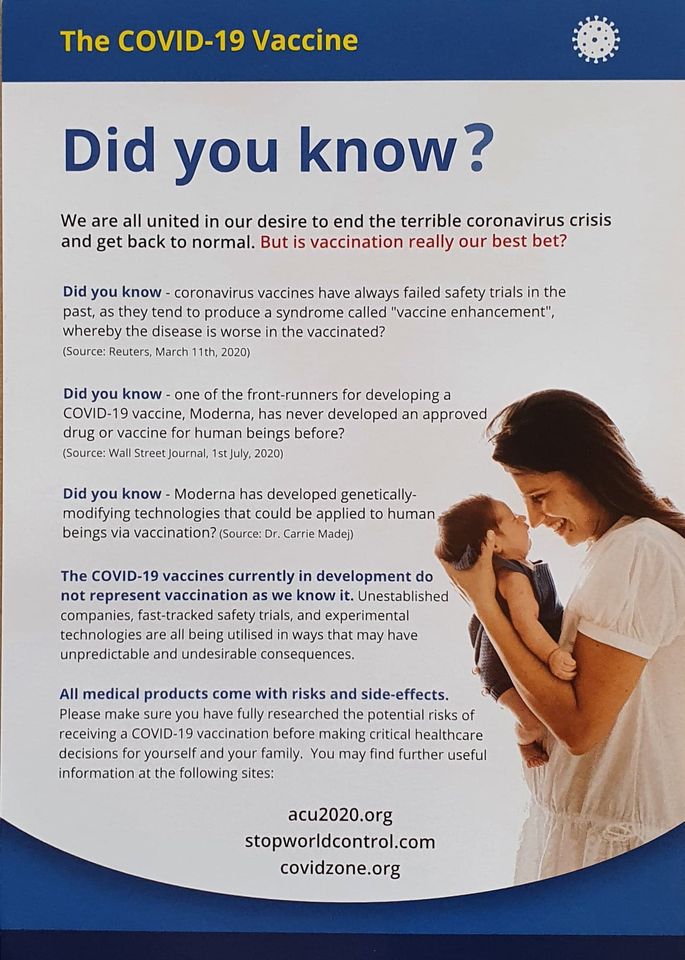 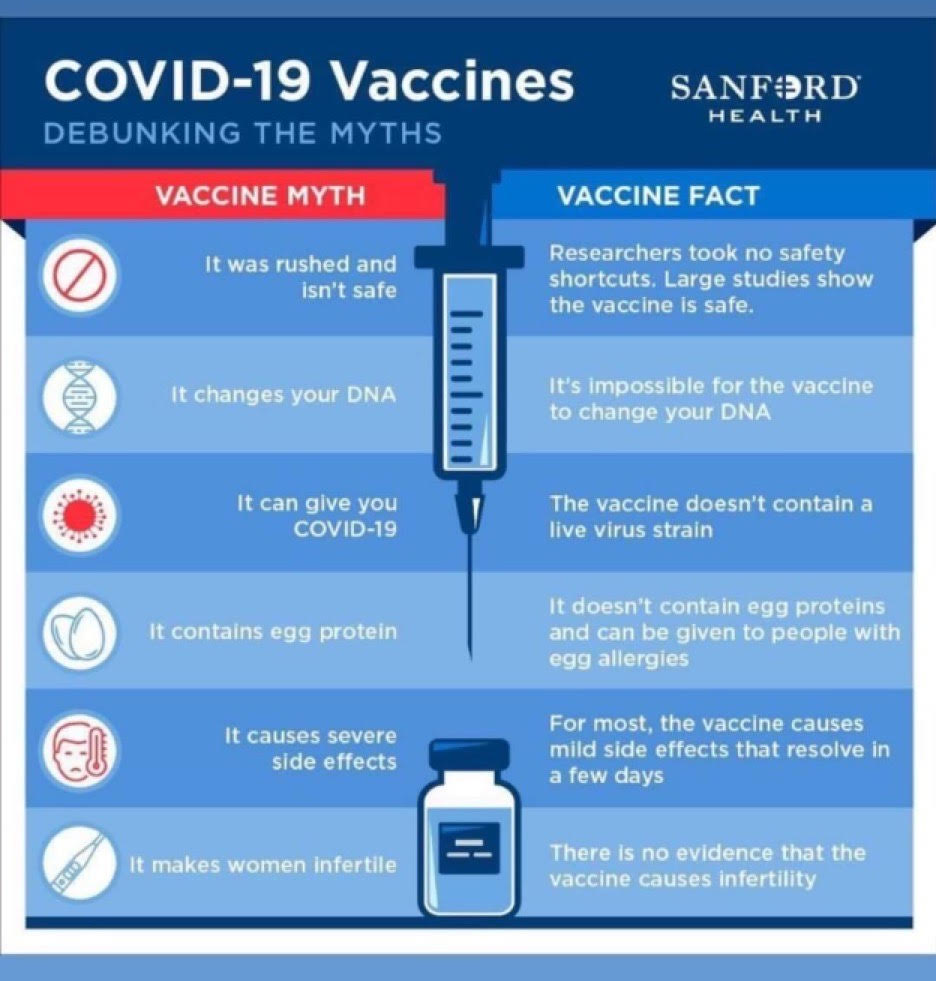 On the one hand, we have a leaflet written in clear and professional terms that invites its audience to think, by asking questions and presenting them with a wide array of source material, including both mainstream and "alternative" resources.

It doesn't make any unsubstantiated claims, it doesn't reduce the issue to simplistic, black and white terms, and it presents itself as a primer for further discussion. It doesn't suggest anyone is crazy, delusional, or stupid based on what conclusions they come to.

The other leaflet - ostensibly written by the sane, sensible, "pro-science" folk - is an exercise in cultish indoctrination and brainwashing. No sources provided. No evidence. No encouragement to think or question. Extremely strong implication that if you disagree, you're - at best - thick, but more probably, lethally dangerous and a menace to society.

Pro-tip: Something isn't "a myth" or "debunked" just because Snopes, the Guardian, or an unsourced leaflet says it is. I'm sorry to shatter anyone's illusions here, but people - including "experts" - do actually lie, and fudge and misrepresent figures and facts - and scientists, quite frankly, are easier to buy than politicians.

If you've ever asserted you're pro-vax because you trust "peer-reviewed research", you're just revealing you know nothing about peer-review.

By all means, read peer-reviewed research. But understand how corrupt and corruptible it is. The former editor of one of the most respected peer-reviewed journals in the world stated: "It is simply no longer possible to believe much of the clinical research that is published, or to rely on the judgement of trusted physicians or authoritative medical guidelines.  I take no pleasure in this conclusion, which I reached slowly and reluctantly over my two decades as an editor of The New England Journal of Medicine."

What this means is that no-one's going to spoon-feed you the answers, including and especially "experts". You have to - and I know this can be very scary at times and many people have decided they'd rather outsource such an ominous task to the Government - think for yourself.

That hasn't been "debunked" (yet, but I'm sure the BBC is working on it).

Oops, you forgot something.

The words you entered did not match the given text. Please try again.

Has the content on the site been helpful? Please consider supporting its creator via a donation